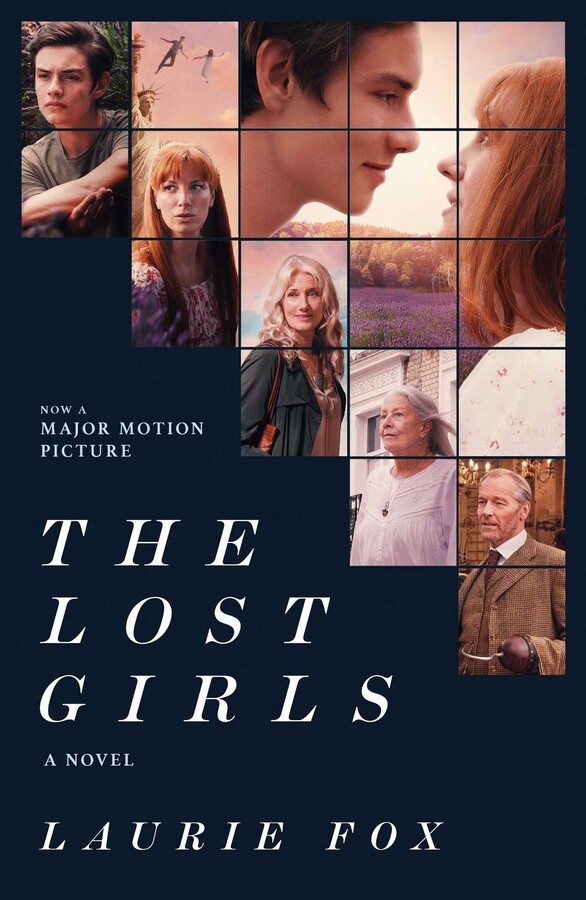 By Laurie Fox
LIST PRICE $16.99
PRICE MAY VARY BY RETAILER

Soon to be a major motion picture, The Lost Girls is the story of a now grown-up Wendy and her ties to Peter Pan, in a novelized retelling of the original fairytale.

In the practical world, “Peter Pan” is a syndrome referring to adult men unwilling to grow up. But what of the women who love them? Is there a “Wendy” syndrome? Extrapolating from the JM Barrie children’s story, Laurie Fox asked herself what Wendy Darling’s life might have been like—before, after, and during her visit to Neverland?

The answer is The Lost Girls, a brilliant and fantastical investigation into four generations of women who loved Pan. In Fox’s imagination, Wendy is but the latest in a long line of Darling women whose storytelling power, appetite for fantasy, and belief in magic allow them brief interludes under the light of the legendary young hero. While Peter never grows old, the Darling women do—each with the knowledge she will bear a daughter who will inevitably entertain Peter Pan and his lost tribe. Flirting on the line of madness, our protagonist Wendy cannot take the Darling calling so lightly. Fox investigates Wendy’s dilemma with the skill of a psychologist, examining the warring impulses within Wendy—her yearnings for freedom and security, fantasy and reality. It is an investigation that will resonate with women young and old. 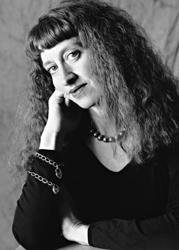 Laurie Fox is the author of the autobiographical novel, My Sister from the Black Lagoon, The Lost Girls, and the interactive poetry book, Sexy Hieroglyphics. She has also published two chapbooks, Sweeping Beauty and I Love Walt, and her poetry has been included in several literary journals. A graduate of the University of California Santa Cruz, Laurie has written and performed in dozens of plays and performance artworks. A former bookseller of both new and antiquarian books, Laurie was also a long-time creative writing teacher and works in publishing. A native of Los Angeles, Laurie resides in Berkeley, CA, where she lived in author Philip K. Dick’s teenage home for seventeen years and still dreams of electric sheep!

“The conceit of this book is deliciously original, rendered with the tart, modern spin of a fractured fairy tale…. The book’s flirtation with reality vs. story is so much fun.... So can books save our lives? The answer is absolutely. And sometimes, if you’re lucky, happily ever after.” —The Boston Globe

“A daring act of appropriation, Fox casts an unlikely character, a fourth-generation descendant of the original Wendy Darling of Barrie’s classic play and novel as the narrator of a story that is both whimsical and moody…Throughout, Fox plants one foot in the mythical and one in the earthly.” —San Francisco Chronicle

“A wry mixture of Fay Weldon and Alice Hoffman, magical and scary, full of the possibilities and heartbreak of growing up.” —Booklist

“The Lost Girls is...a poignant and fresh look at issues of mental illness and the life-saving virtues of the imagination...[A] playful and dark take...The quick, charming banter between characters is what makes the book such a joy to read.” —Contra Costa Times

“Fox’s book is the most culturally entrenched of the Peter Pan works, mirroring both the psychological recovery described in women’s memoirs and the themes of fragmentation and healing of mother-daughter relationships popular in cinema. At the same time, the novel provides a smart model for romance fiction, offering us a love story without the tidy pill of romantic consummation.” —BITCH Magazine

“Fox takes us on a rollicking flight through the universe of...five women, whose lives have all been forever tweaked by a romance with Pan...And what a Pan he is! Fox releases him from his asexual tights-and-tunic getup, drawing him as a feral presence with skin-tight jeans and bedroom eyes...Fox’s adult-sized novel is full of wildly creative takes on the details of the Barrie myth.” —Vancouver Sun

“Wonderfully inventive. Laurie Fox turns the beloved Peter Pan legend on its head, serving it back to us with a twist of de Beauvoir. Investigating the fine line of fantasy and reality with humor and candor, The Lost Girls begs the question, what happens after our feet are planted abruptly once again on steady ground, after the ‘fine silver dust and glitter’ wears off? A darling of a book.” —Tess Uriza Holthe, bestselling author of When the Elephants Dance

“The Lost Girls is a magical novel, and Laurie Fox is a truly inventive and imaginative writer. Anyone who’s ever loved the story of Peter Pan will devour this unique and powerful book.”—John Searles, author of Boy Still Missing and Cosmopolitan Book Editor

Laurie Fox is a comic and a poet and her story about love and magic will make you believe in both.” —Lorna Landvik, bestselling author of Angry Housewives Eating Bon Bons

“I was enthralled by The Lost Girls and am grateful for the whimsical mysticism of Laurie Fox.” —Brett Butler, comedian/actress

“What a wonderful feat – and flight – of literary imagination. Laurie Fox took me back to a time when I too wished I could fly.” —Sheldon Cashdan, author of The Witch Must Die: The Hidden Meaning of Fairy Tales

By Laurie Fox
LIST PRICE $16.99
PRICE MAY VARY BY RETAILER